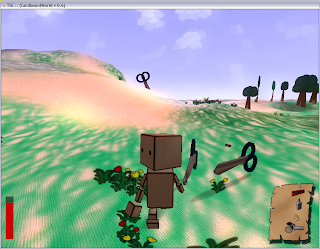 After some "deliberation", my scissor creatures are now 3 times as large, and 10 times as few. Doing this allowed me to involve more complex sense and think routines as many many little scissors quickly bogged down the engine.

When the AI is not chasing down the player, it will follow predetermined paths. Currently, I have 4 of these paths, with two AI spawned on each. Because of this, and the way that the AI move (quick, but slow to stop) they seem to race around some invisible track. In a way, this comes across as a game that the scissors play normally. The screen shot below shows one of these paths with the AI running about. 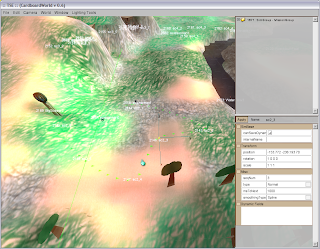 Within the AI, I have 4 important functions.